The 4th World Media Lab is a year-long fellowship for emerging and mid-career Indigenous filmmakers, providing opportunities to develop filmmaking skills and networks through festival participation, hands-on training, masterclasses, workshopping projects in development, pitch activities, and meetings with funders and other industry decision-makers. Fellowship activities take place September 2021 through May 2022 at Camden International Film Festival (CIFF), Big Sky Documentary Film Festival and Seattle International Film Festival (SIFF). The program is a collaborative partnership between the festivals and Nia Tero. The Points North Institute in Camden provides a vast network of peer and industry mentors and resources at CIFF, including access to the Points North Forum and opportunities for one-on-one connections with future collaborators and funders. At Big Sky, fellows will attend the DocShop filmmaker’s forum, Indigenous filmmaker screenings and events, and a private seminar with leaders in the Indigenous filmmaking community and the film industry at large. The Seattle experience, in partnership with Nia Tero, offers industry master classes, hands-on training and global networking in the SIFF urban festival atmosphere.

4th World is a concept that was shared by a Coast Salish elder. It is the story about a time when the environment and the earth are suffering, and Indigenous storytelling functions as the medicine to create healing. The 4th World Media Lab experience has been designed to uplift Indigenous voices and perspectives through artist fellowship, immersion in industry events and Indigenous project development as we collective envision a future more whole. 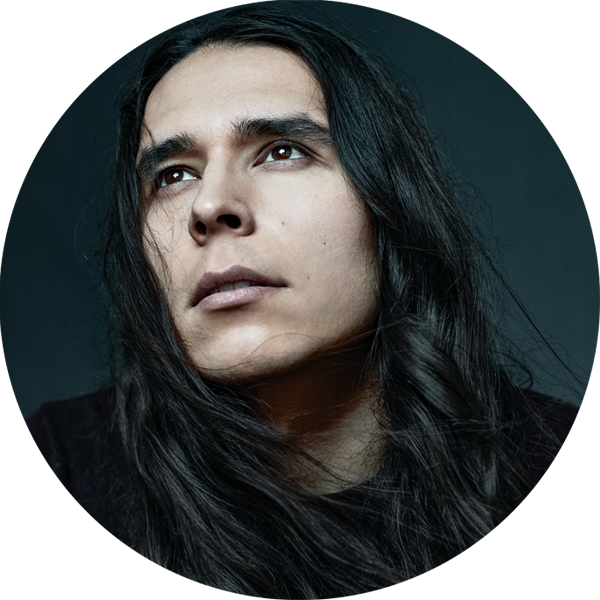 Ajuawak Kapashesit is an actor, screenwriter, playwright, and director for stage and screen. His acting credits include Indian Horse, Once Upon a River, and Indian Road Trip. His television credits include Bad Blood Season 2 (Netflix) and Outlander Season 4 (Sony). In 2018, he was chosen as an Indigenous Film Opportunity Fellow with the Sundance Film Institute and was a finalist for the Sundance Indigenous Filmmakers Fellowship. His short story, A Fresh Start, was a finalist in the Imagining Indigenous Futurisms short story competition in 2020 and was selected for publication in the anthology, Before the Usual Time, published by Latitude 46 that year. He is an alumnus of the CBC Actors Conservatory at the Canadian Film Centre. Currently, Ajuawak is a Vision Maker Media Shorts Fellow and a contributing writer for Tallboyz Season 3on CBC. 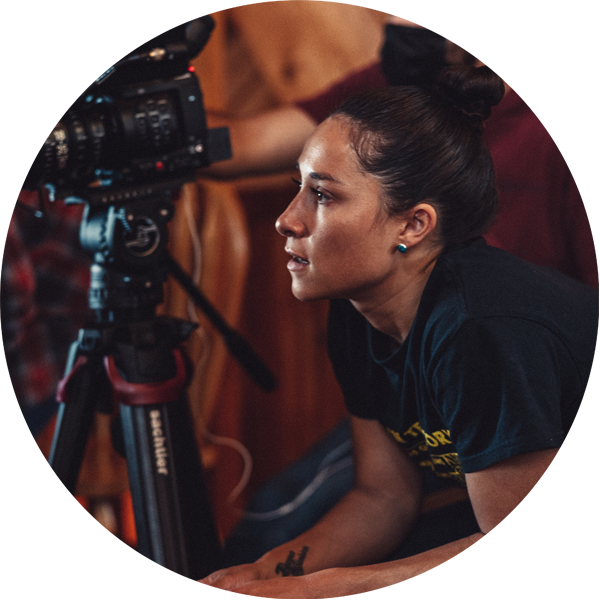 Brit Hensel is an Oklahoma based writer and award-winning filmmaker whose work focuses on Indigenous storytelling and environmental justice. An enrolled member of Cherokee Nation, she was recently awarded the 4th World Indigenous Media Fellowship. Previously, Brit directed the documentary films Zibi Yajdan (2019) and Native and American (2017). Brit’s films have screened both nationally and abroad, including at Māoriland Film Festival. She was awarded NeXtGen’s 30 Under 30 and was a NeXt Doc Collective Film Fellow. In 2019, she worked as a producer for Osiyo, Voices of the Cherokee People, an Emmy-winning documentary-style program featuring the people, places, history, and culture of the Cherokee Nation. Brit recently worked on the first season of the FX series, Reservation Dogs. She is currently in development on ᎤᏕᏲᏅ, a short film that is part of the Reciprocity Project by Nia Tero. Brit continues to use her love for storytelling to help amplify the voices and values of her community. Most importantly, she hopes her work honors and makes Cherokee people proud. 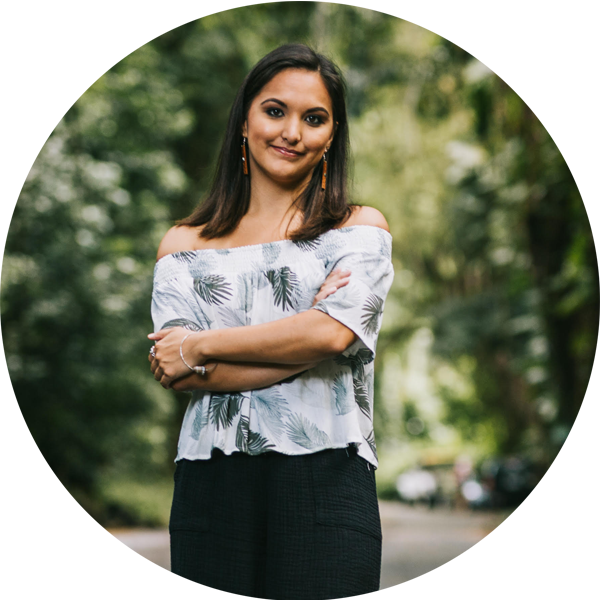 Just as her family served Hawaiʻi through their talents, Erin Lau wants to elevate her community through film. Erin was selected as a Sundance Native Lab fellow for her Chapman University MFA thesis, The Moon and the Night. The award-winning film went on to screen in over 30 festivals, including being short-listed for the 2018 Student BAFTA awards and licensed by the Criterion Channel. Since graduation, Erin has signed with the United Talent Agency (UTA) and continued her growth through fellowships with the Sundance Indigenous Institute, Film Independent’s Project Involve, Unlock Her Potential, and Powderkeg’s Break The Room. Over the past three years, she has worked as a Senior Producer-Director for Jubilee Media, where her videos accumulated over 130 million views. Through this work, she was also given the opportunity to develop empathy-forward content for brands including Google, Netflix, and Always. 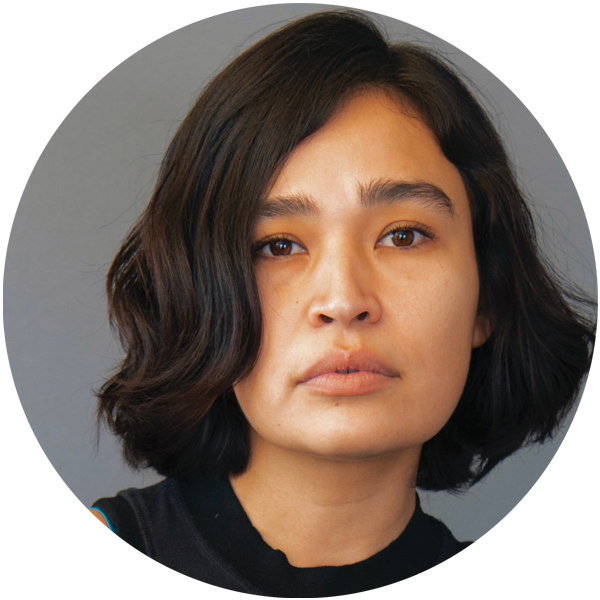 Morningstar Angeline is a queer Navajo, Chippewa Cree, Shohonew, Blackfeet and Latinx New Mexico-based actress, director, producer, writer and performer. Her directing filmography includes short films Yá át' ééh Abiní, Can't Have it Both Ways, and Seeds, in addition to the upcoming feature documentary Waveguides. Currently in develompent is her narrative feature film debut, Rowdy by Nature. Morningstar's fellowships include the 2018 Sundance Indigenous Lab, 2020 Feature Writers Lab, 2020 Vision Maker Media Lab, and 2021 4th World Indigenous Media Lab. Her resume includes work in AD, camera, sasting, location depatments, and talent. In 2014 she made her feature debut as Nizhoni Smiles in Drunktown's Finest at the Sundance Film Festival. Since then, Angeline has starred in feature films such as 2021's Keyhole Garden, 2019's The Incredible 24th Year of Mitzi Bearclaw, and television series including Amazon's Outer Range, Paramount's Yellowstone, Netflix's Chambers, and HBO's This Much I Know Is True. 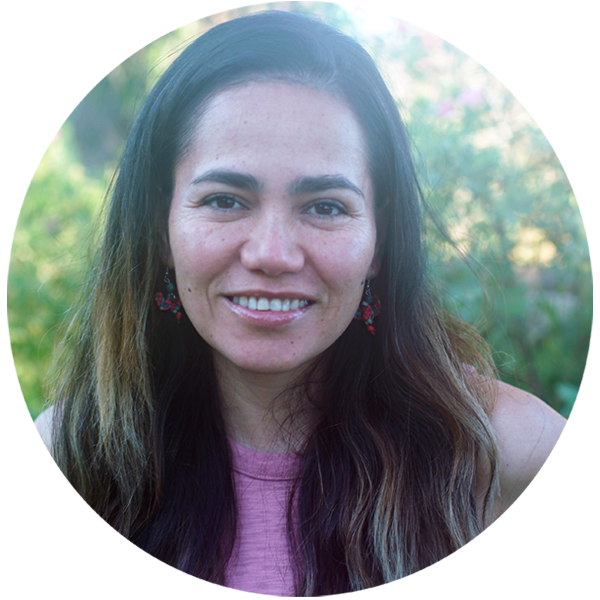 Lucía Ortega Toledo has a B.A. in Communication Studies and a Master and Doctorate in Literature from Universidad Autónoma Metropolitana, Mexico. She has collaborated on commercial projects, documentaries, and short films, including the Emmy-awarded short film Iniskim. Her essays and poetry have been published in Opción, Castálida, Revista Reverso, Universidad Autónoma Metropolitana, among others in Mexico, and in Adspiro, Revista LALT from University of Oklahoma and Temporales from New York University in the United States. Lucía wrote and co-directed her first two fiction shorts, Belonging and Mother Earth’s Last Guest, in 2020. These projects gave her a sense of purpose and power to make her voice heard as a woman and as a person of color and to build alliances to learn, collaborate and make films of substance for herself and her community. They also inspired her to start working on her first feature documentary, HumanKind. 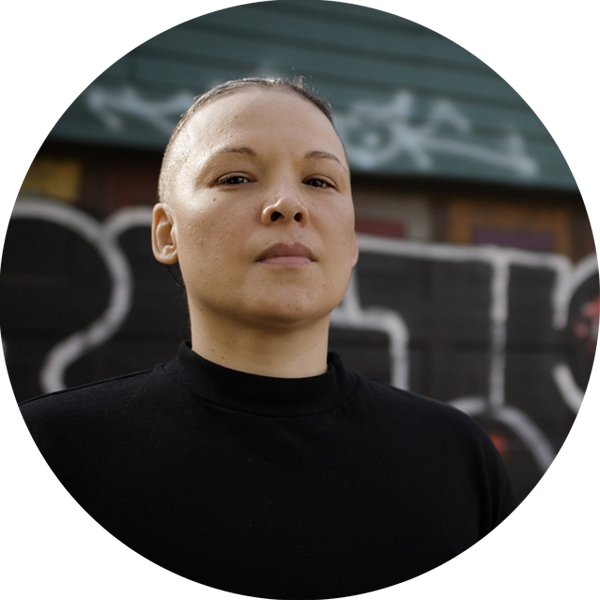 Theola Ross is a social worker and filmmaker from Pimicikamak Cree Nation, Manitoba; now living in Tkaronto, Ontario with 2-year-old daughter K.w.tin-NorthWind. Theola currently works for the Ministry of Education, as well as within the community teaching the Cree language to youth, sharing her story and bringing the arts through an Indigenous lens to schools in the Toronto District School Board. êmîcêtôsêt: Many Bloodlines premiered at the 2020 Hot Docs Canadian International Documentary Festival, and was winner of the Betty Youson Award for Best Canadian Short Documentary and the Best Short Documentary Work at the 2020 imagineNATIVE Film and Media Arts Festival. Most recently it was nominated for Best Short Documentary at the 2021 Canadian Screen Awards.

Great thanks to the 4th World collective and program partners: